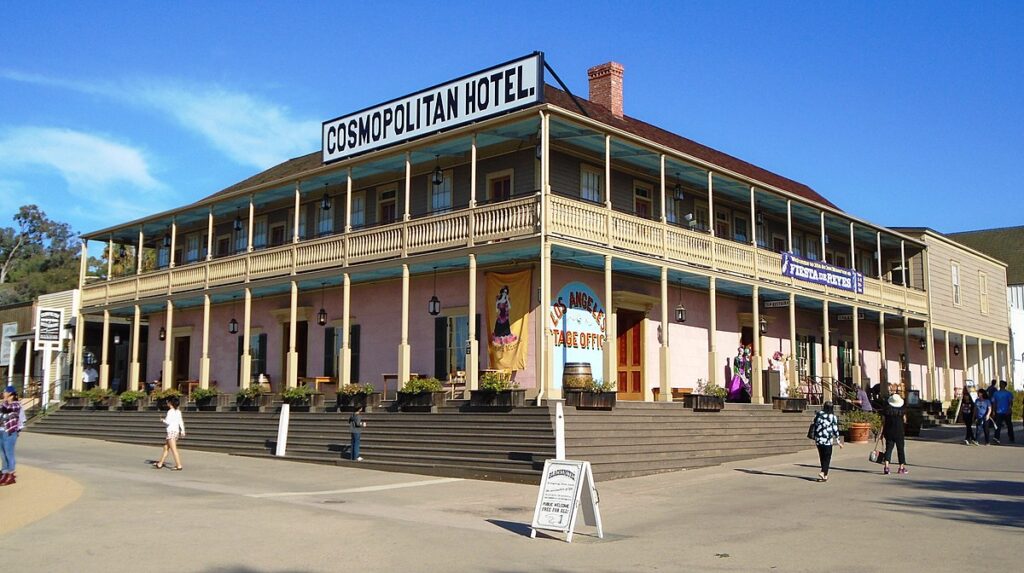 It is said San Diego has many places with paranormal activities, and most popular during the month of October. From the ghostly girl who haunts the 5th floor of the Balboa Theater downtown to the world-renowned Whaley House in Old Town, there are plenty of haunts for Halloween. Below are some suggestions on favorites, as provided by the Union Tribune. 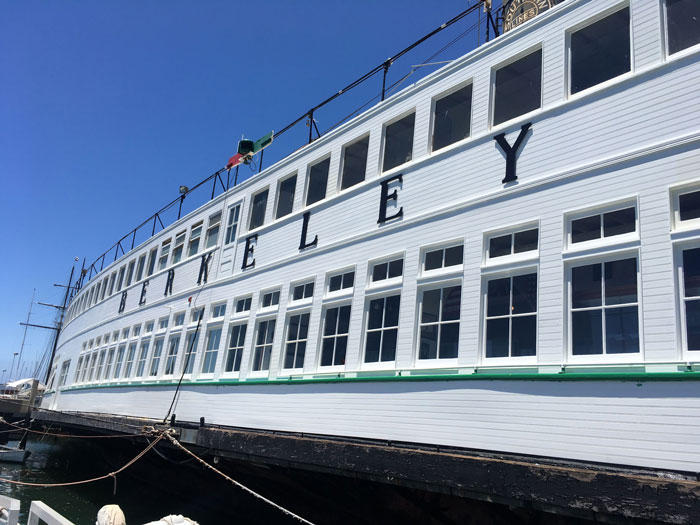 The Berkeley Steam Ferry Boat first operated in the late 1800s on the San Francisco Bay, and played a large role in rescuing citizens in a 7.9 magnitude earthquake in 1906. Today it serves as a hub for the Maritime Museum of San Diego, housing offices, a research library and more. Multiple former passengers are believed to haunt the boat today, one of whom is miner John Norbom, who died in an onboard explosion in 1911. There have been reports of the bathroom stalls, where the explosion took place, locking themselves, and some visitors claim to have seen a ghostly figure dressed in a fedora and coat looming around the ship. Earthquake victims and others who were injured in the explosion are believed to roam the boat, evidenced by reports of mysterious slamming doors and disappearing objects.

Originally designed as a home for cattle rancher Don Juan Bandini, the Cosmopolitan Hotel is said to have seen a few friendly apparitions. When Bandini’s youngest daughter, Ysidora, leaned too far over the home’s second-floor balcony railing and fell, it’s believed that she was saved by Colonel Cave Johnson Couts, who caught her below. The two supposedly married soon after, but Ysidora’s ghost is said to linger in room 11 of the hotel, where she once lived. There have also been sightings of an apparition of a cat roaming the hallways. Both are reported to be playful and friendly. 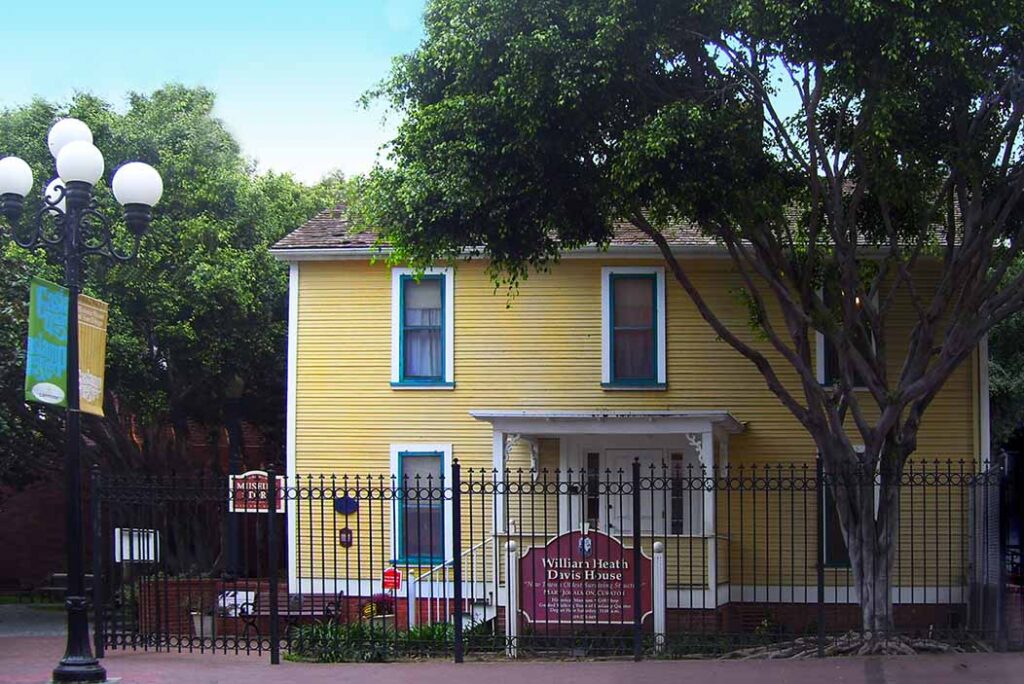 Formerly known as the William Heath Davis house, the Davis-Horton house was built in 1850, making it the oldest surviving structure in San Diego. It was once used as a makeshift hospital and much of its paranormal presence has been attributed to the fact that many died in the building. Among the numerous ghosts that have been spotted at the residence are a mysterious Victorian woman and a man wearing a World War II uniform. The home is on the National Registry of Historic Places and currently serves as the office for the Gaslamp Quarter Historical Foundation as well as the Gaslamp Museum. Tours are offered weekly. 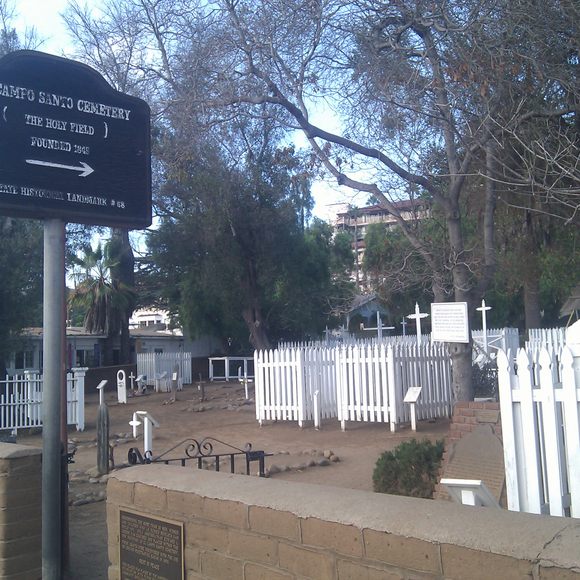 A few blocks from the Whaley House in Old Town San Diego, the El Campo Santo Cemetery has been continuously studied by paranormal experts due to the volume of supernatural reports from the area. When the city was becoming overcrowded in the 19th century, graves were relocated and many were paved over to make way for a road, disrespecting the spirits at rest below. Most paranormal reports from the cemetery include ghosts roaming the grounds, many dressed in period appropriate clothing, as well as car alarms going off and vehicles not starting when parked in front of the graveyard. 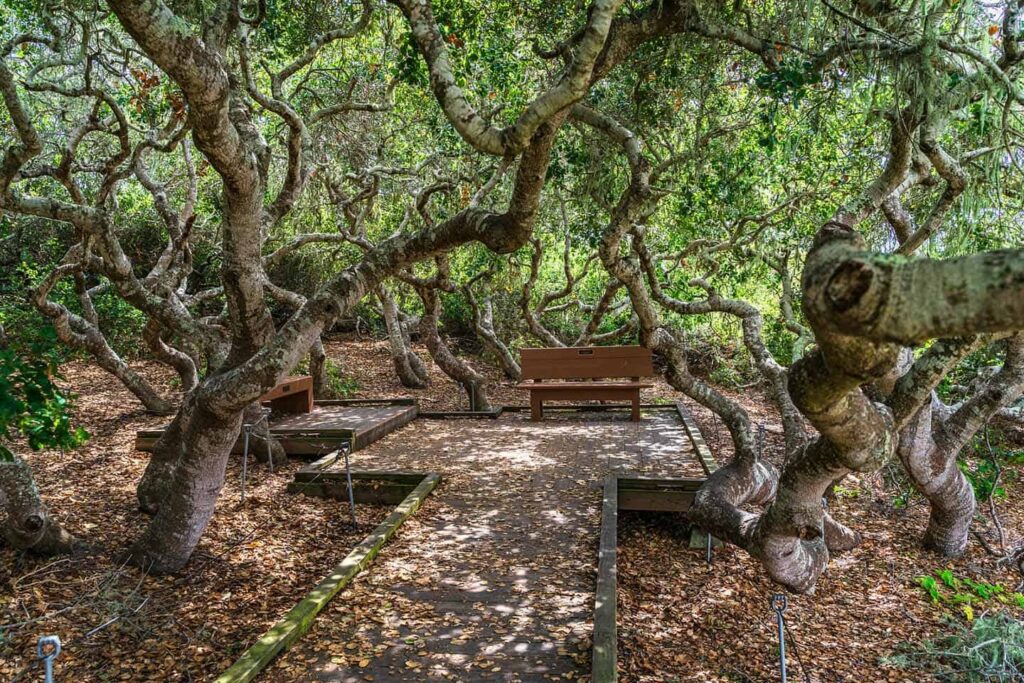 The Elfin Forest is home to a number of ghost stories, from the vengeful white witch who is believed to be searching for the murderer of her son and husband, to the 10-foot owl that hovers around the area. Nicole Strickland from the San Diego Paranormal Research Society said that many have reported feeling a sense of doom when passing through the area in the dark. 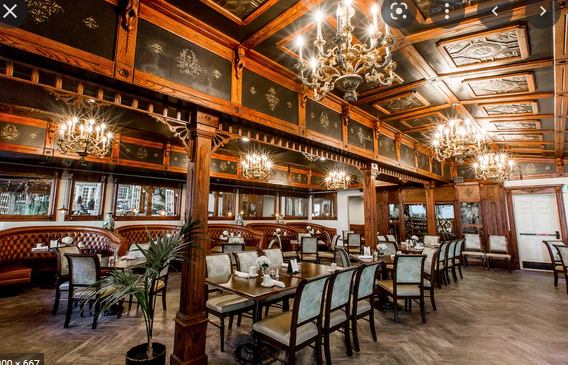 Room 309 of the Horton Grand Hotel has a haunting history. The room was once occupied by notorious gambler Roger Whitaker, known in the mid-1800s for his drinking and cheating habits. One night, his debts caught up with him when he was shot dead by creditors while hiding in the room’s armoire. Today, the room has been reported as a site for paranormal activity, which many believe is caused by Whitaker’s ghost. A female spirit belonging to Ida Bailey is also said to be present at the hotel. Bailey was the owner of a brothel that once operated right where the hotel was built, and has been reported to haunt the spot in the form of white mist or a cold chill. 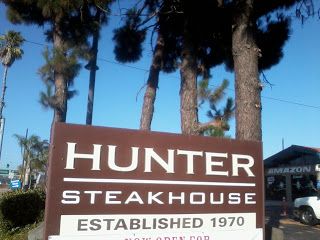 Perched on a hill above the Buena Vista Lagoon, Hunter Steakhouse was built atop the old Buena Vista cemetery which is believed to have held around 50 bodies. In 1970, some of those bodies were moved to a different cemetery to allow for commercial developments, and it is said that the developer covered up bodily remains to speed up construction. Customers of the steakhouse have reported experiencing power surges, cold spots and a ghostly figure lingering near the stairs of the bar. 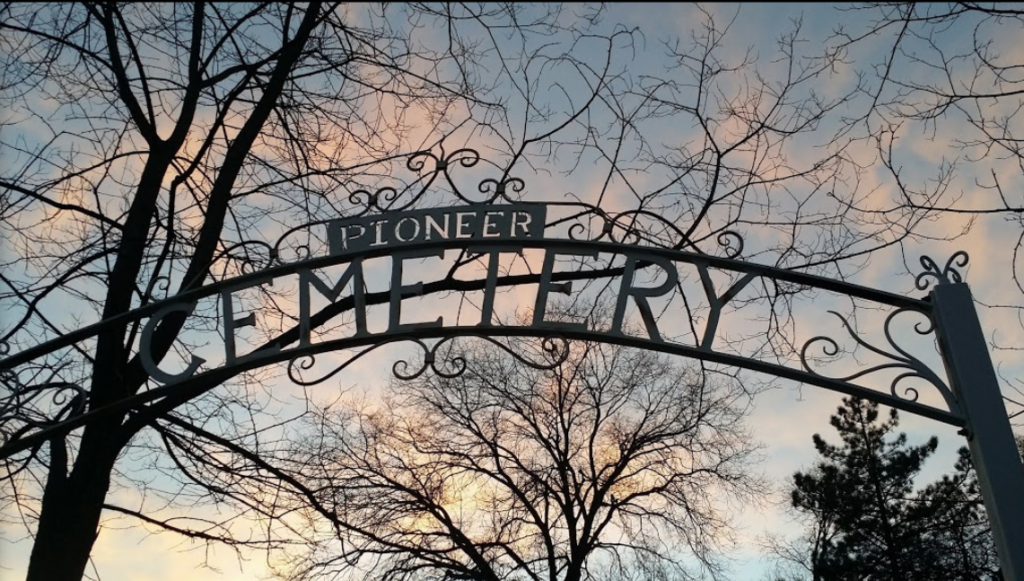 Many Gold Rush-era ore miners were put to rest in the Julian Pioneer Cemetery in the 1870s. The cemetery was declared a California historical landmark in 1948, and has drawn paranormal experts for decades due to reports of ghostly men in 19th-century mining clothes as well as an eerie woman in a nightgown. 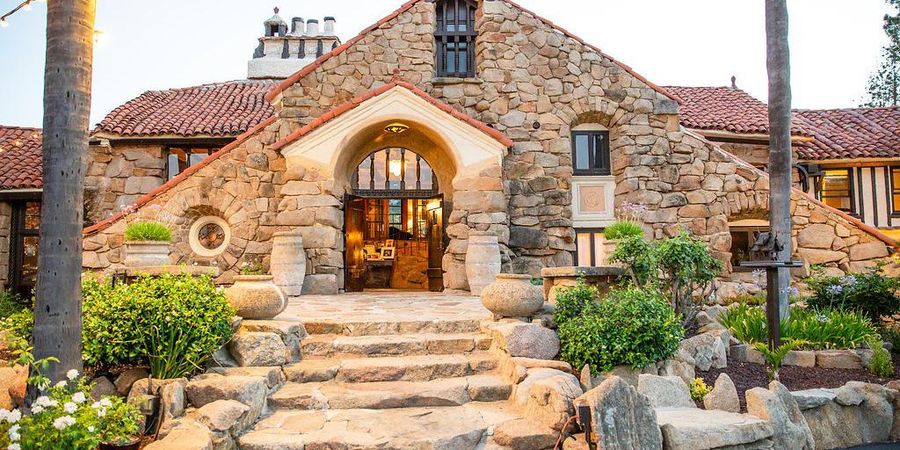 This 27-room, 12,000-square-foot castle is believed by some to be occupied by the ghost of former owner and designer of the home Amy Strong. The castle was completed in 1921 and was listed on the National Register of Historical Places in 1978. Supposedly, the sound of Strong sewing on her machine fills the night, despite the fact that she died in 1950. Some say that a worker who lost his finger while working on the home can also be heard scratching the rocks outside trying to recover the finger. While the chief financial officer of Personal Touch Dining, which now manages the castle, claims she has never seen a ghost on-site, others aren’t so convinced. Speculation surrounds the Zodiac room that Strong built in the home and her increasing interest in the spiritual realm in her older days. 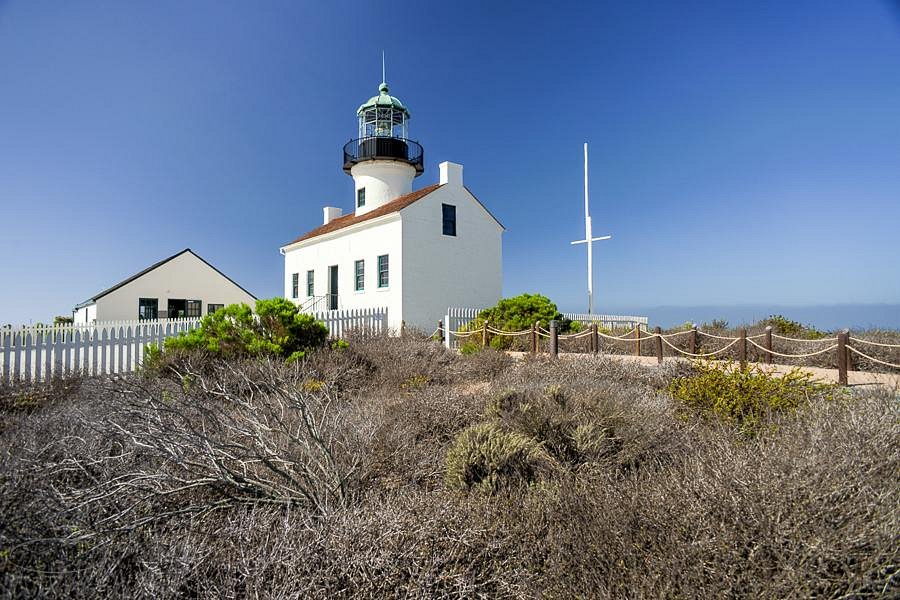 Over 150 years old, the Old Point Loma Lighthouse is a beacon for ghostly encounters. Visitors have reported hearing heavy footsteps, moaning and labored breathing while exploring the space in addition to sporadic cold spots. Some believe that the spirit of former Spanish explorer Juan Rodriguez Cabrillo, who landed at San Diego Bay in 1542, occupies the space. Others believe that it is the spirit of Captain Robert Decatur Israel, the lighthouse’s final lightkeeper, who remains to protect his precious lighthouse. The lighthouse was shut down in 1891 and now remains part of the Cabrillo National Monument. 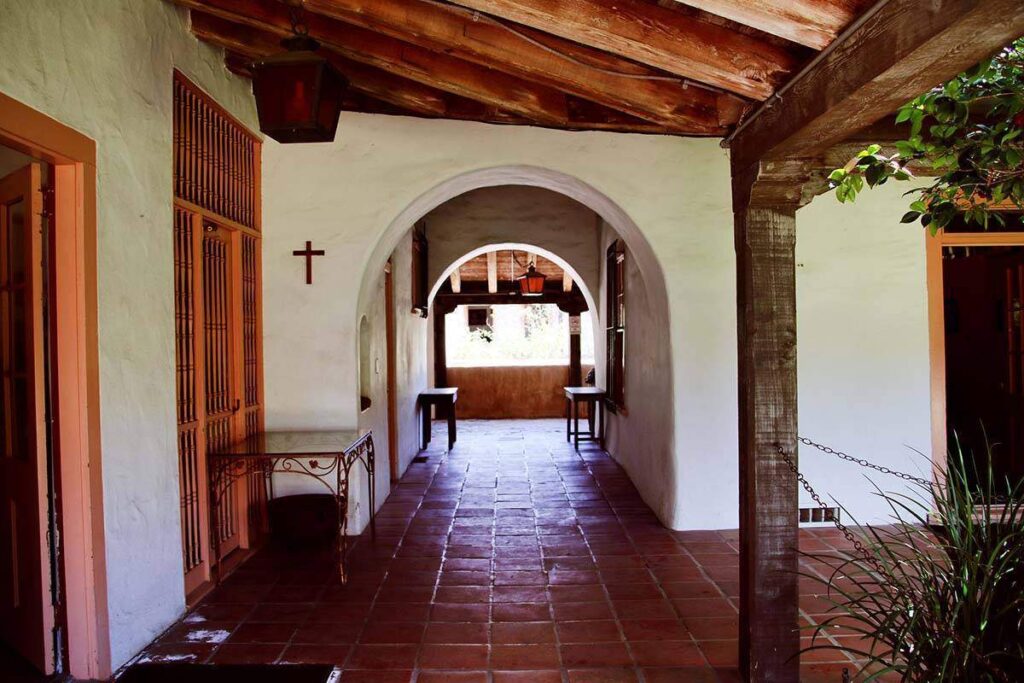 The Rancho Buena Vista Adobe was built in 1846 and is filled with historical artifacts and architecture. Over the years it has changed ownership several times. The city of Vista purchased the property in 1989 and now operates it as a historical museum. Experts believe the Adobe to serve as a portal to connect the living and spirit worlds, thankfully one that is believed to only accept peaceful ghosts. 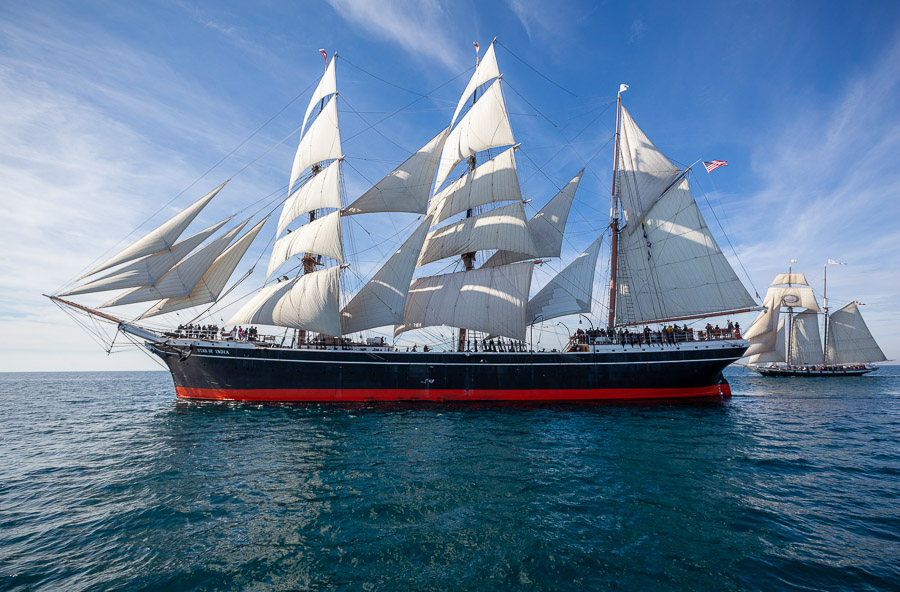 The Star of India tall ship is the world’s oldest active sailing ship, having been on the sea since 1863 and making a total of 21 voyages around the world before its retirement. The ship is believed to be haunted by the spirits of those who died aboard, including young stowaway John Campbell, who died falling 100 feet from the rigging, and Army Capt. McBarnet who slit his own throat and ultimately bled to death. All sorts of paranormal activity have been reported since. The ship is part of the Maritime Museum of San Diego and is open to the public from 10 a.m. to 5 p.m. daily.